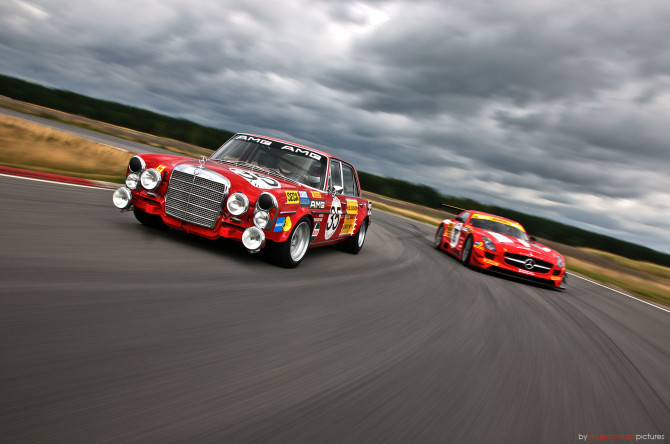 Forty years ago, the competition was amazed to see a big red Mercedes 300 SEL 6.8 AMG saloon on the starting grid of the 1971 24-Hour race at Spa-Francorchamps in Belgium. They were even more amazed when it overtook most of the other cars in the field, thus writing its own chapter in motorsport history.

Drivers Hans Heyer and Clemens Schickentanz, snatched a class win and second overall, propelling the AMG name into the big wide world. To be competitive, their trusty Mercedes-Benz 300 SEL 6.3 had received a serious makeover, the heart of which was a 420hp, 6,834cc motor. A legendary racecar was born, and was nicknamed the ‘Red Pig’. 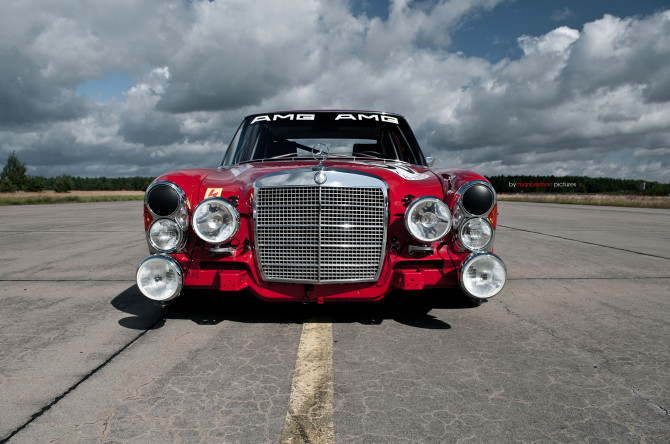 AMG, founded by Hans-Werner Aufrecht and Erhard Melcher, went on to become a big success story, and later a part of Mercedes-Benz. Mercedes-AMG now produces the most powerful and sporting production models in the Stuttgart-based manufacturers passenger car program.

Back in 1971, AMG was not flush with cash. They needed the money for their next project, so starting a museum for their racecars was the last thing on their minds. And so the Red Pig was sold to Matra, who needed a car fast enough to test the landing gear of jet fighters. After that, there is no record of what became of the car. 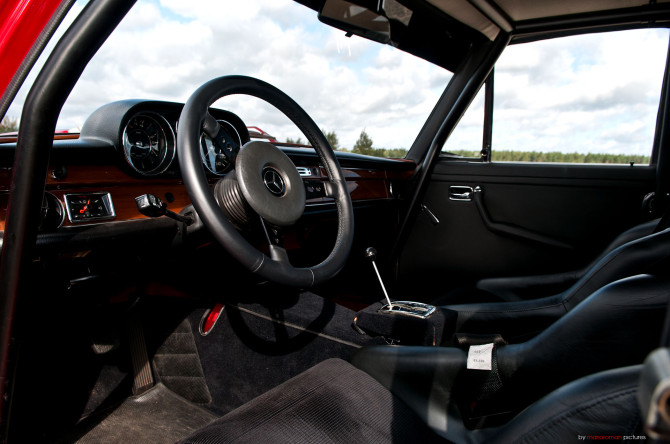 Fast forward to 2006. AMG has been 100 percent owned by Mercedes-Benz for some years, and they are flush with cash. History and heritage are important for the marketing of products with a strong racing pedigree, and so a faithful replica of the Red Pig was created in their workshops, and is used at special AMG events.

When the Black Falcon race team recently entered the Spa-Francorchamps round of the GT3 Championship resplendent in the famous red paintwork, it was a good excuse to roll out the Red Pig replica. 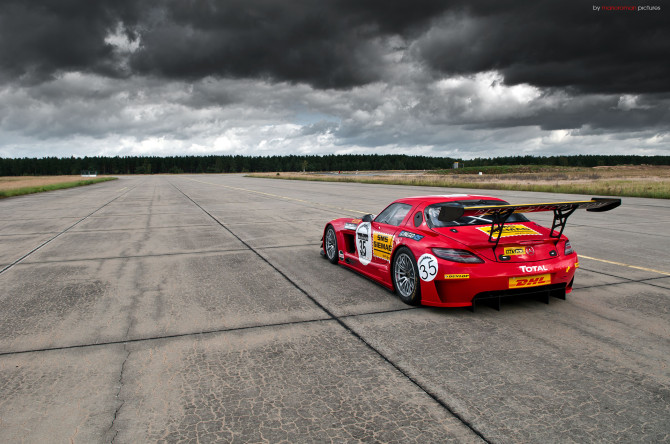 The paint and decals on the AMG SLS GT3 have been kept as visually close as possible to its forbearer. And to complete the circle on history and tradition, one of the drivers of this special SLS GT3 is none other than Kenneth Heyer (31), son of the winning driver of 1971, Hans Heyer. Now as back then, their tyre partner is Dunlop.

„I think the idea of connecting the 300 SEL 6.8 AMG and the SLS AMG GT3 is a great idea to commemorate the 40th Anniversary of our class win, and overall second place,” said Hans Heyer on this remake of history. 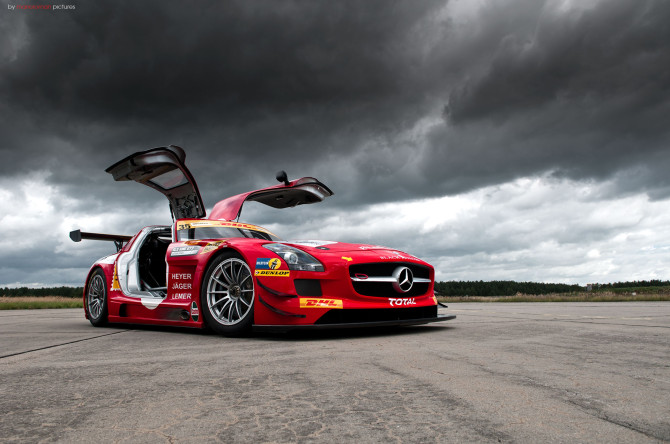 Kenneth Heyer has been racing since 2000, is very keen to continue the race winning tradition of AMG. “It is a great honour for me to be here with my father,” he said. “The new racecar even wears the same start number (35) as the original Red Pig.”

The 24-hour race at Spa-Francorchamps is one of the classic fixtures in the international endurance-racing calendar. First held in 1924, the race was run on the long, 14.8 km circuit until 1978. From 1979, it was switched to the short, 7.0 km long circuit, which has since become a favourite track of many racers. 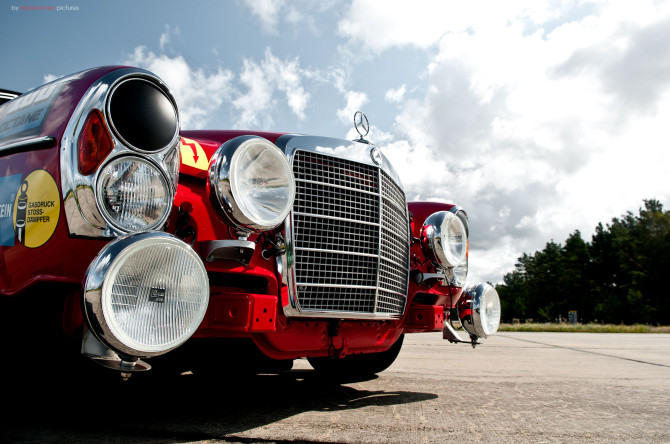 Honouring its spiritual ancestor, Black Falcon proved to be the best of the four Mercedes-AMG customer teams in this grueling race. Driven by Thomas Hunter, Kenneth Heyer and Stéphane Lemeret, the new Red Pig finished a strong third overall.

A podium finish place in this endurance classic is a good start for the new Red Pig, and Mercedes-AMG look set to maintain a legendary tradition that will immortalise the legendary 300 SEL and the achievements of those pioneering drivers from the 1970’s forever. 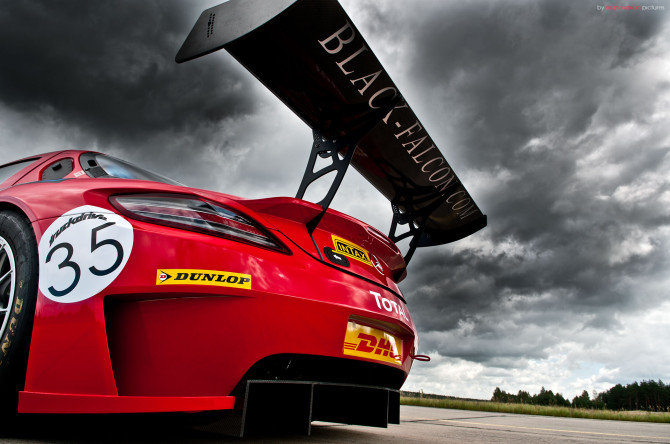 The new Red Pig and its predecessor will undoubtedly make another appearance together before long. The Heyer family will certainly be pleased.

like to read this article in german language? Here you go! 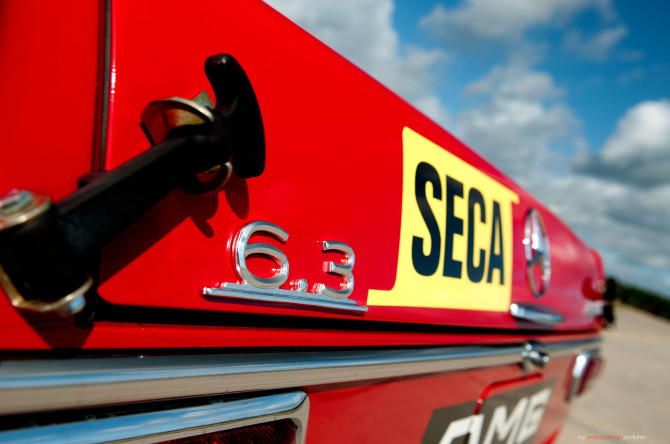 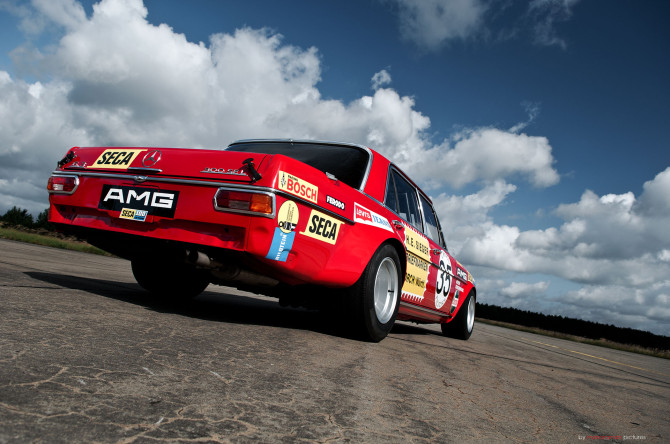 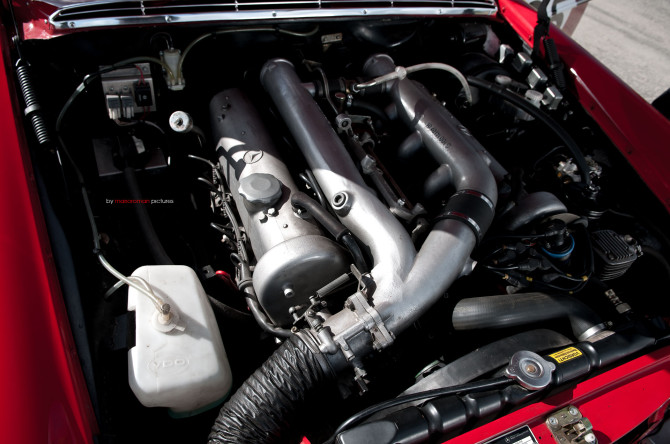 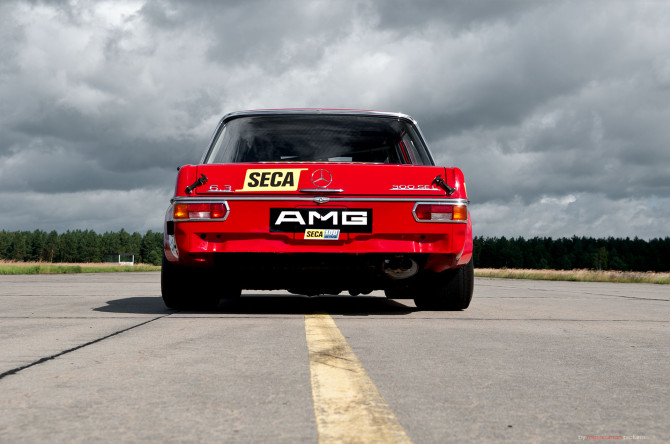 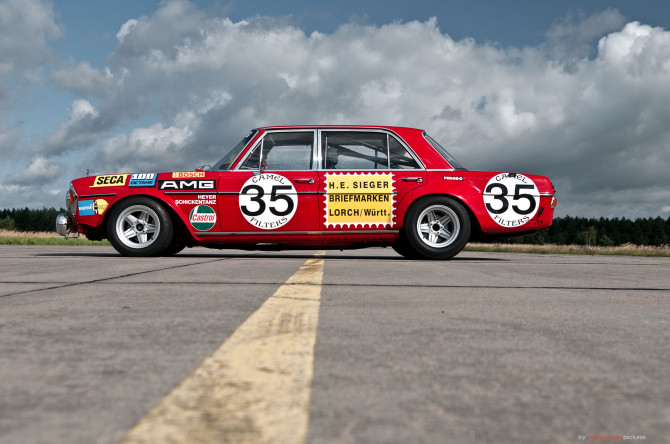 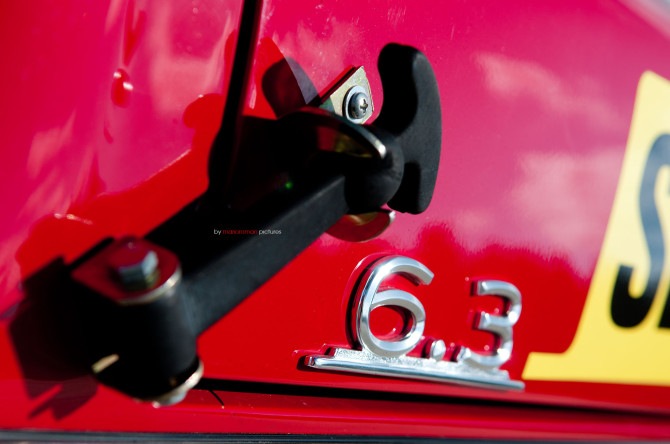 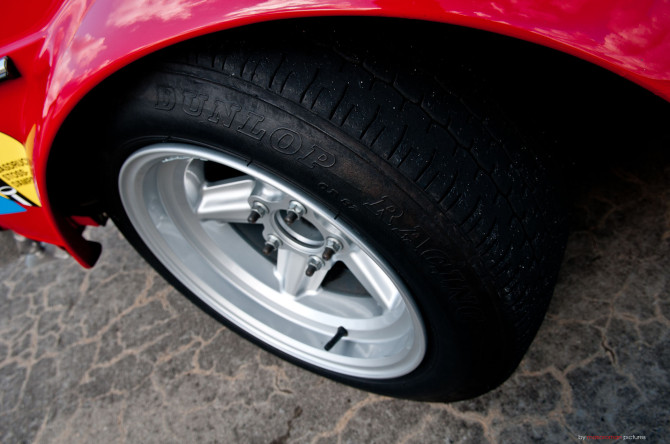 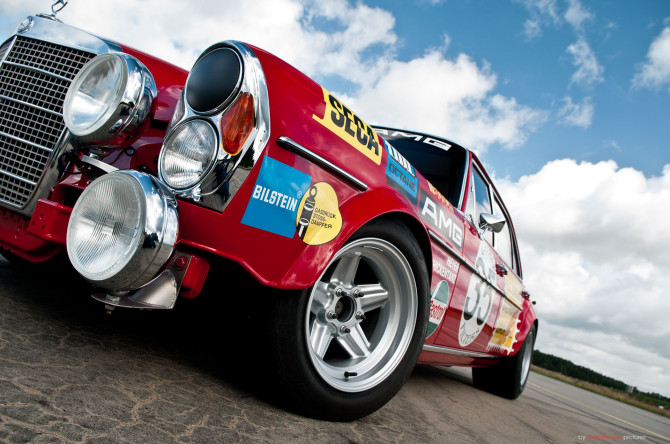 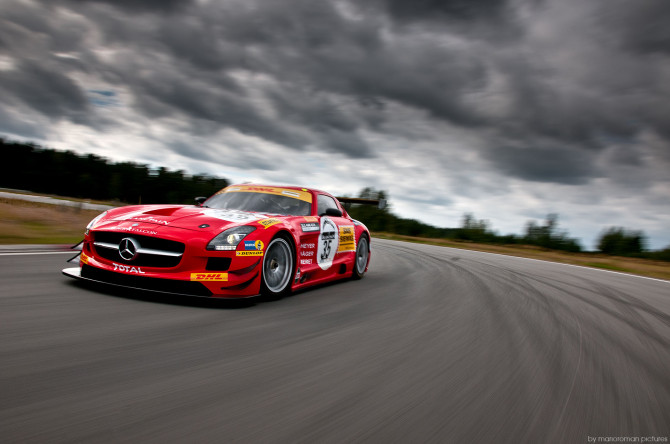 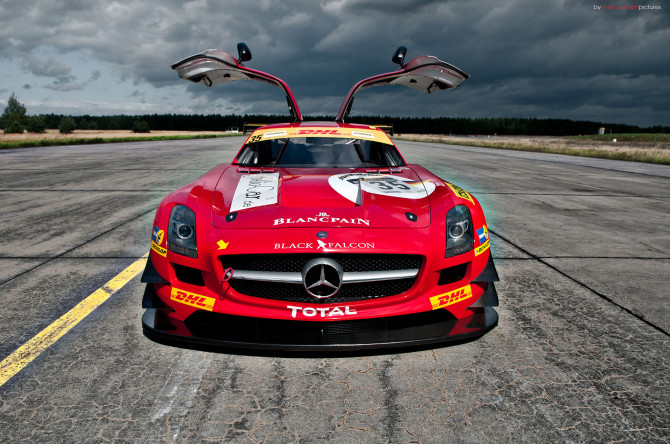 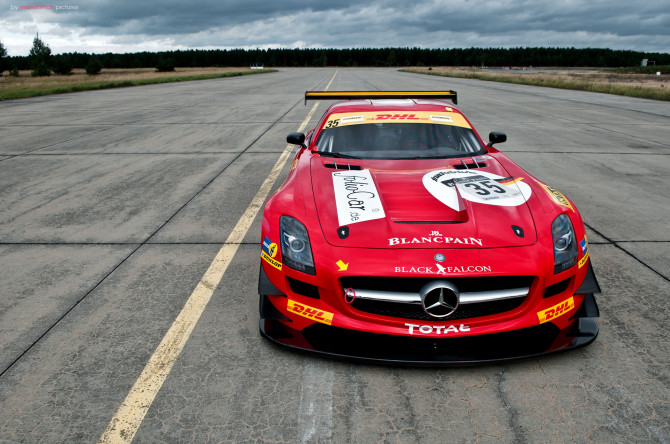 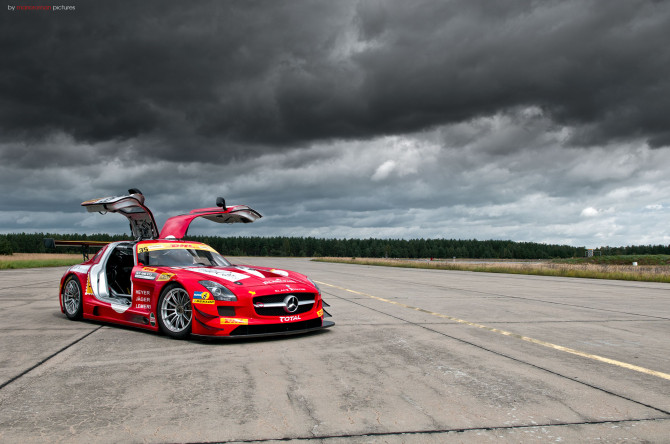 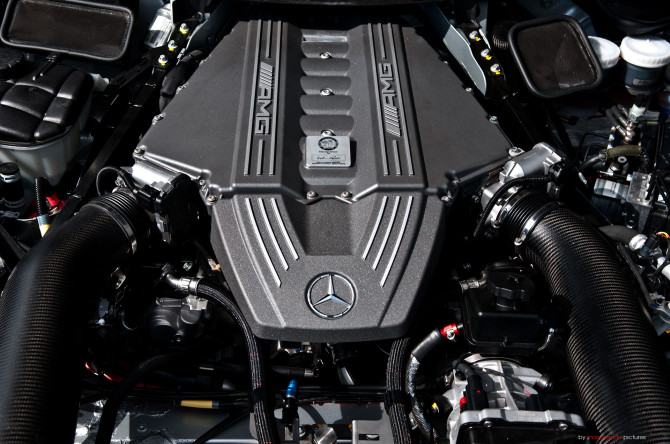 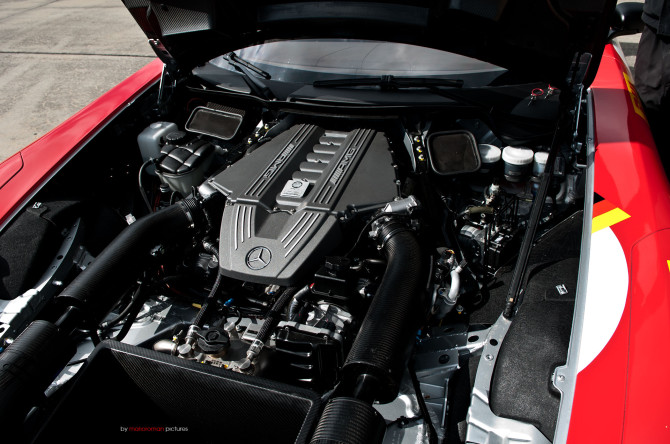 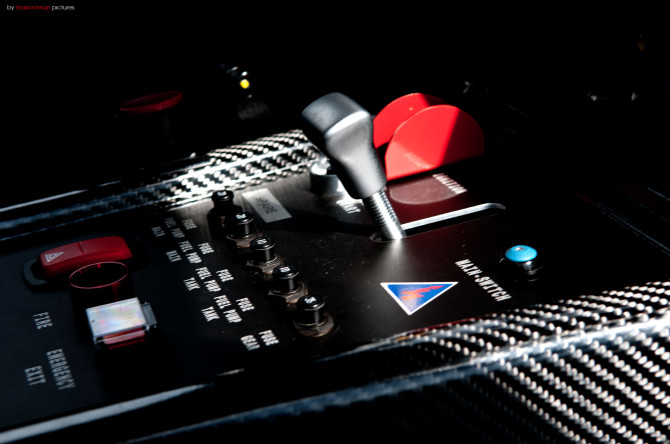 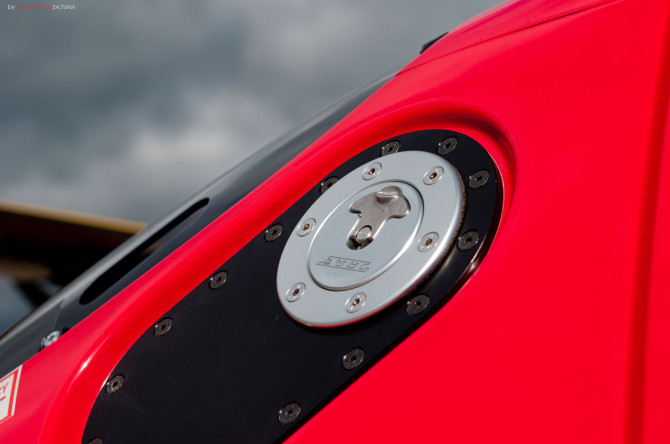 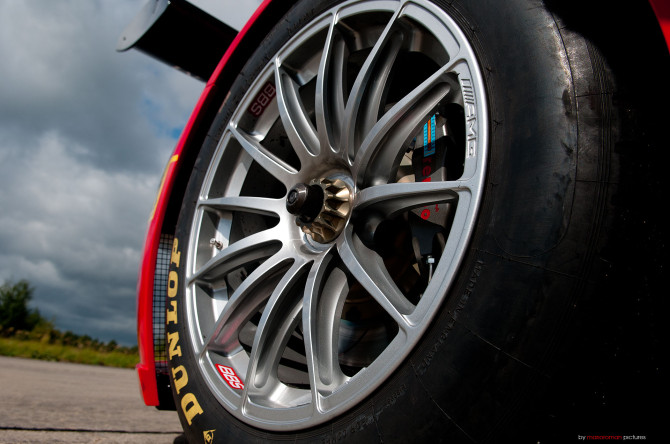 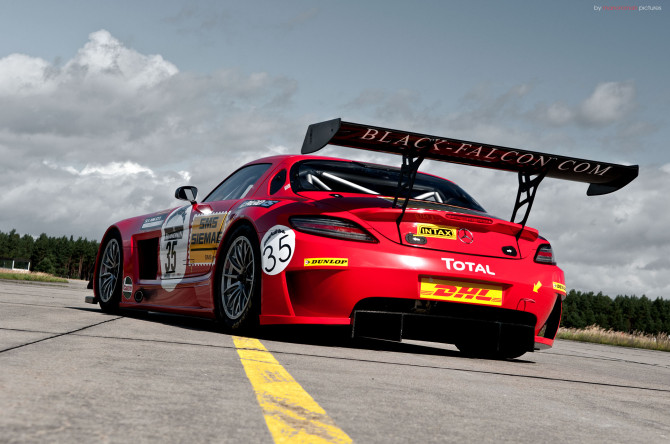 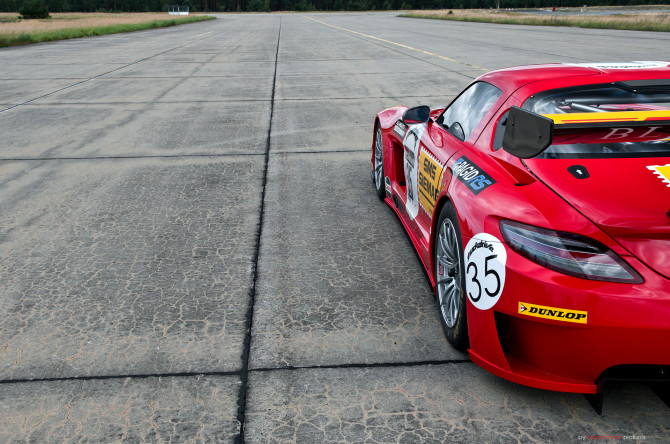 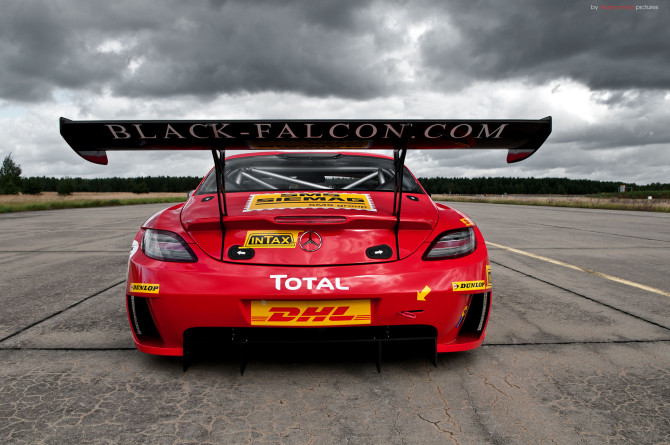 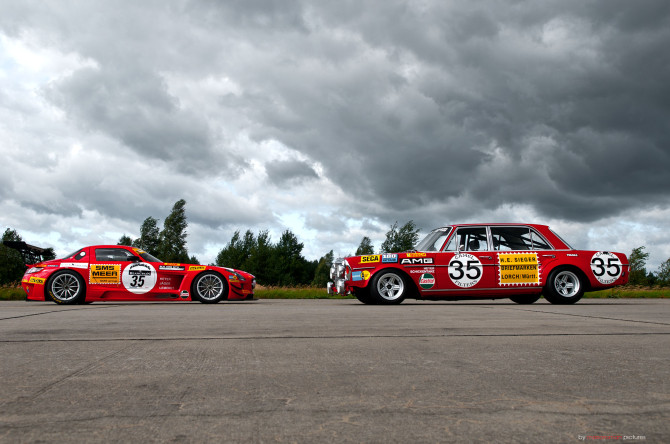 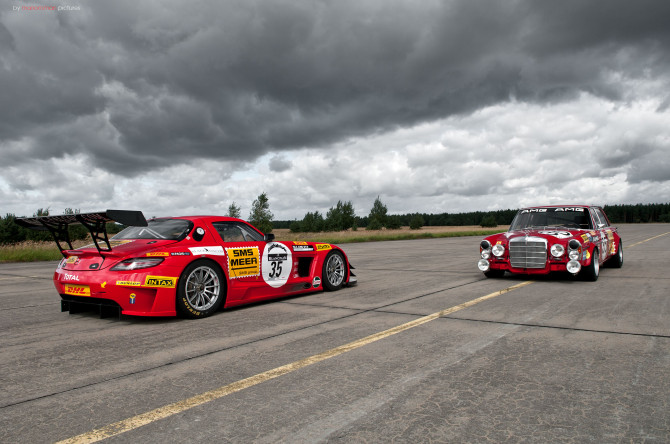